1999 was the year of the creation of the Comunicação e Sociedade journal. Twenty years later, the CECS journal celebrates its anniversary with the launch of a new website and the magazine’s entry into the OpenEdition platform.

On October 4th, at the Institute of Social Sciences (ICS) of the University of Minho, the inaugural session of the doctoral programs in Communication Sciences and Cultural Studies at ICS was held. It was in this context that we celebrated the two decades of existence of the Comunicação e Sociedade journal. Moderated by the journal’s director, Moisés de Lemos Martins, and dedicated to the reflection on scientific policy, the session was attended by Anabela Gradim, from the University of Beira Interior; António Granado, from the Universidade Nova de Lisboa and Miguel Tuñez, from the University of Santiago de Compostela.

Anabela Gradim, coordinator of a project on scientific policy and one of those responsible for the indexing process of the journal Estudos de Comunicação and Doc.Online, presented some provocations about scientific policy, defending the thesis that “abandoning Portuguese as a language of science is a error”, because “science affirms the language”. Anabela Gradim also recalled that the disabling of the Portuguese language in this context may lead to a lack of lexicon. In his opinion, “the new things we have discovered may not have any expression in Portuguese”.

Miguel Tuñez, who has been working on the indexing of Iberian Communication journals, agreed with Anabela Gradim, stressing the importance of considering a historical perspective in the reflection on the languages ​​of science. The researcher at the University of Compostela recalled the role of languages ​​such as French, German and English throughout the ages, while defending the need to publish in Spanish and Portuguese.

The proponent of the first master’s degree in science communication in Portugal and creator of the radio program Antena UM, 90 segundos de ciência, António Granado, focused his communication on the role of journalists and universities in Science Communication. For the researcher and ex-journalist, scientists have an “obligation to leave universities and present their results without fear of ignorance”. António Granado reinforces his idea by stating that “spreading science is part of the mission of universities” and that it is necessary to bring science to society.

The Master of Science Communication at the University of Minho – which began on September 30 – and the sixth anniversary of the CECS Lusophone Journal of Cultural Studies (RLEC) were also topics of discussion by the panel of speakers. 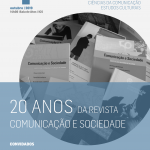 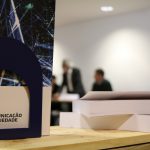 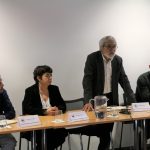 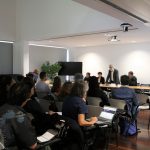 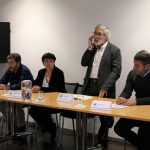 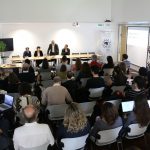 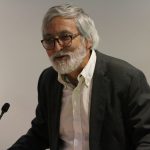 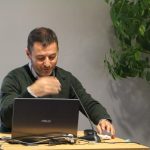 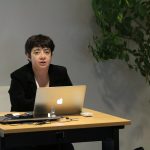 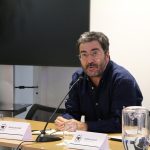 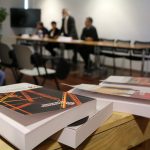 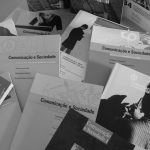 Last September, Comunicação e Sociedade launched its new website. The journal seeks to be more accessible to authors, who can now submit their articles through the OJS platform.

September was also the date of entry into OpenEdition. OpenEdition is a portal of electronic resources in the area of ​​Social and Human Sciences. Comunicação e Sociedade joined this project by making its last four volumes available on this platform.
The next volume on “Children, youth and media”