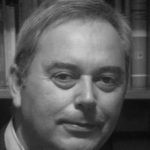 PhD in Sociology, in 1994, Albertino Gonçalves is a Senior Lecturer with teaching aggregation at the University of Minho. He teaches in the area do research on sociology of culture and arts and has published several books, as such:  Impactos Económicos e Sociais. Guimarães 2012 – Capital Europeia da Cultura (with Rui Vieira de Castro, Francisco Carballo-Cruz, João Cerejeira and Luís Amaral, 2013); A Idade de ouro do postal ilustrado em Viana do Castelo (2011) and Vertigens. Para uma sociologia da perversidade (2009).

Among other activities he has coordinated a study on the cultural impact of Guimarães European Capital of Culture 2012, as well as the creation of the Memory and Frontier Space, in Melgaço and the Project ‘Dar vida às Letras’, at the Intermunicipal Community of Vale do Minho.

Albertino is the author of Tendências do Imaginário [Imaginary Tendencies], a personal blog on the relationship of advertesiment and culture, sociology and communication.