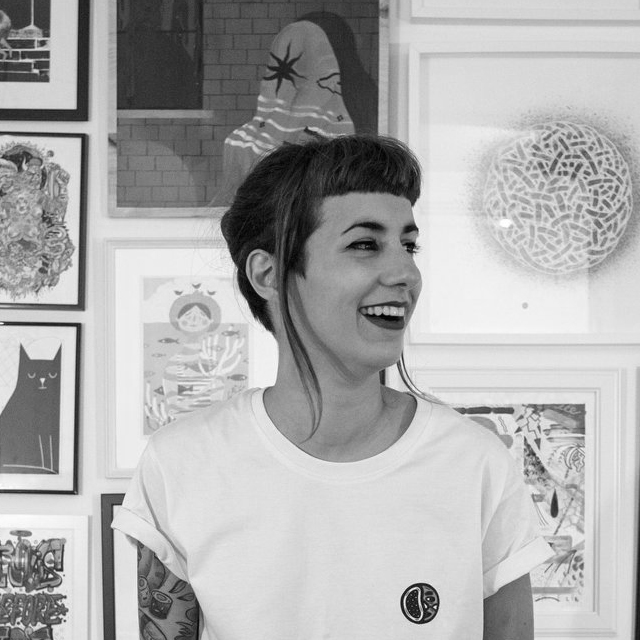 Ana Castro, better known as Ana Muska, was born in 1990 in Barcelos. From an early age, she became interested in art, attending the art course at the Secondary School in Guimarães, where she lived from 8 to 18 years old. In 2008 Ana Castro enrolled on the Communication Design course in FBAUP. In the last year of her degree, she developed Circus as a final project of the course. This curatorial project, focused on illustration and urban art, had its first event at Maus Hábitos in 2012 and included an illustration exhibition and the painting of a mural, artistic performances, music, and video-mapping. That same year, she started the master’s degree in Multimedia at FEUP, where she developed her master’s thesis, entitled “Urban art: an exploratory study of its relationship with cities”. In 2015, together with André Carvalho, she opened the gallery, shop and co-work Circus Network in Porto city centre. In the last decade, she has curated and produced dozens of solo and group exhibitions, has also developed several cultural activities in illustration and urban art and given several lectures throughout the country.

Ana Castro is currently a PhD student in Cultural Studies at the University of Minho. She is developing interdisciplinary research, aiming at contributing to an area in development: communication and art. Through six case studies located in the North of Portugal, she intends to study and analyse, on the one hand, the communication strategies used by the agents who produce this type of art, and on the other, its effects on communities and audiences.