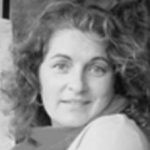 Member of the ClicTour – Climate change resilient tourism in protected areas of Northern Portugal project, Ana has been participating has throughout her career in several research projects. She has been also editor, organiser and author of several publications on participation, advertising, strategic communication, territorial communication and regulation. Her PhD thesis on “The Consumer-Citizen’s Participation in Advertising: perceptions, modalities and regulation” (2013) combines advertising, consumption, citizenship, participation and regulation. Her main research interest areas involve citizenship and the civil society emergent participatory issues, the role of organizational and strategic communication as drivers of innovative and alternative forms of territorial, communitarian, public health, social and behavioural change communication.

Before fully committing to the Academia, Ana believed she could change the world as a journalist, having worked for press, radio and tv, both in Portugal and Macao (People’s Republic of China). But later she became an advertising professional for 18 years, working as copywriter and creative director (1988-2006) and also as screen and scriptwriter for tv, advertising and cinema (1982-2004).

Ana Duarte Melo graduated in Social Communication (1986) with a thesis on Performance and Simulation in Television Information, Universidade Nova de Lisboa and got her Master in Arts (2002) in Sound and Image, specialized in Storytelling and Scriptwriting, Universidade Católica Portuguesa, Porto.