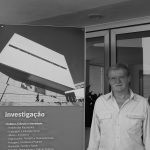 As part of his Post-Doctoral research, David Renault is studying the news coverage of two political scandandls in Portugal and Brasil, towards corruption claims involving former politicians in both countries. The research is supervised by Luís António Santos, researcher and co-director of CECS.