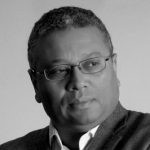 Esser Jorge Silva is a PhD in Communication Studies specialising in Society and Political Culture. He has a master’s degree and a degree in Sociology, and a post-graduation in Organisations and Human Resources. He focuses his research on “organizations”, “professions”, “employment” and “work”. He was part of the team of evaluators of the social and economic impact of Guimarães 2012 – European Capital of Culture. In 2010 he was part of the precursor group of the interdisciplinary program “Mateus Doc.” of the International Institute of Casa de Mateus (IICM). Between 1985 and 1999 he was a journalist. Among others, he was part of the editorial board of the newspaper ‘O Povo de Guimarães’, founded Radio Santiago (Guimarães), directed Radio Foundation (Guimarães) and worked in the newspaper ‘Região do Minho’.

He is the author of “Linha Recta – Histórias Guimarães” (author’s edition, 1999), “Fabricated at the Factory – A Working Narrative in the 21st Century” (Húmus 2012), “Teleférico da Penha – Imaginary and Reality | Biography of the first cable car built in Portugal” (Húmus, 2014) and “Tempo Livre Guimarães | 20 years – History of a Municipal Strategy for Sport” (Free Time, CIPRL., 2019). Organised “What’s in the Heart” – commemorative edition of Guimarães 2012 – European Capital of Culture (Guimarães City Foundation, 2013). Participated in “Work without Borders?” (Manuel M. Roxo’s Org.), Commemorative edition of the 100th anniversary of the Labor Inspection in Portugal, contributing to the chapter “New Senses of Labor – (Un) Employment, Technology and Acceleration” (Almedina, 2017). He is a guest professor at the Escola Superior de Gestão at the Polytechnic Institute of Cávado and Ave (IPCA).