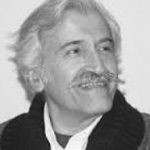 PhD in Information Sciences, by the Complutense University of Madrid, Luís Humberto Marcos is a Lecturer and Coordinator of the Communication Sciences Graduation Degree in ISMAI (Oporto).

Director of the National Museum of the Press, organizer of Porto Cartoon – World Festival, and author of several studies in the history of the Press, he was the Secretary General of AssIBERCOM – Ibero-American Association of Communication – and member of the CONFIBERCOM board, the Iberoamerican Communication Confederation.

As a curator of several exhibitions, he has promoted the Cartoon Virtual Museum, the Virtual Museum of Press Printing, some virtual ones such as the Gallery of Censorship and Obama. He is the author of some projects like the “Porto Cartoon”, the “Luso-Brazilian University Contest of Cartoon” and the ongoing “Museum without Borders for the Press of Portuguese Language”.