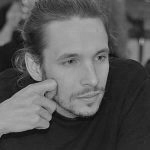 Matthias Hammann holds a PhD in Cultural Studies (Sociology of Culture) at Universidade do Minho, in 2017, defended a thesis entitled “Narciso, the architect of the void”. He is a Psychoanalyst for the Paulista School of Psychoanalysis, 2016, and he has a Master of Education from UnB, Universidade de Brasília, 2011.H e was a researcher at INEP, National Institute of Studies and Educational Research Anísio Teixeira, 2008-2013, having a degree in Economic Sciences (Universidade de Brasília). 2007), by the State University of Campinas, UNICAMP.