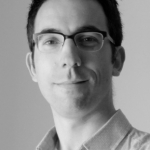 Ph.D. in Information and Communication on Digital Platforms, since January 27, 2014, by the University of Porto and University of Aveiro – partly with funding from FCT, through the UT Austin | Portugal. He is currently a PhD Researcher in the Re/media.Lab – Local Media Lab and Incubator project (CENTRO-01-0145-FEDER-031277), based at LabCom – Comunicação e Artes, a research unit at the University of Beira Interior, Covilhã.

He has developed research on the transition from local media to the digital environment, news production processes for multiplatforms (paper, web and mobile) and media consumption in the digital age. It is in this context that he has published in international and national journals and participated as a reviewer, as well as integrated networks and research projects.

He is a member of SOPCOM, co-founder and coordinator of the WG of Local and Community Media – he was six years in the coordination of the WG Journalism and Society and is a founding member of the WG Young Investigators – where he also assumes the position of editor of the oldest journal of the association, “Estudos de Jornalismo” (Journalism Studies). He is also co-coordinator of the Observatory of Online Journalism (University of Porto) and was a professor in Portuguese universities and polytechnics, public and private.