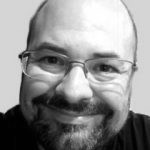 Vítor de Sousa is a PhD in Communication Sciences (Culture Theory), from the University of Minho, with the thesis “Da ‘portugalidade’ à lusofonia” (From ‘Portugality’ to Lusophony). He has a master’s degree (in Media education, with the thesis “A Educação para os Média na formação inicial de professores” [Higher education, teacher training and Media Education]) and graduation (Information and Journalism) in the same area. His research interests focus on national identity, memory, cultural studies, media education and theories of journalism.

He is a researcher at the Communication and Society Research Centre (University of Minho, Braga, Portugal), where he was the coordinator of the Cultural Studies Group (2021-2022), and where he is currently co-coordinator of the Permanent Seminar on Postcolonial Studies. He is a trainer for Secondary Education History and Geography teachers, within the scope of a project he co-coordinates: “As narrativas da História e a pós-colonialidade. Mitos, conceitos e problemáticas” (The narratives of History and post-coloniality. Myths, concepts and issues), dealing with subjects such as Memory and Historical Reparations. He is part of the CulturesPast & Present Project-“Memories, cultures and identities: how the past weights on the present-day intercultural relations in Mozambique and Portugal?” (FCT/Aga Khan) and the Virtual Museum of Lusophony.

In 2016, he was awarded the Mário Quartim Graça Scientific Prize, which distinguished the best thesis completed in the last three years in Social and Human Sciences, in Portugal and Latin America.