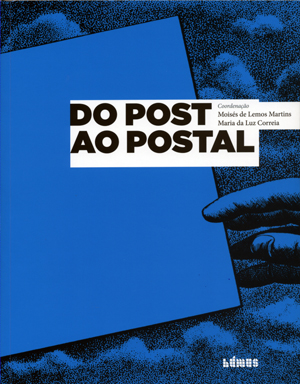 “The post that inaugurated the Blog Postcards Illustrated, written by Madalena Oliveira in January 2008, had the suggestive title ‘Write posts about postcards.’ In addition to the less expressive sound of our motto, we have to admit that between a blog and a book, there is still a greater distance than which is interposed between an old missive of communication as the picture postcard and a new medium of interaction as the post. The design of the present work was therefore thought of as continuously and gradually as the blog was being constructed that has given rise to it: the idea of republishing a blog, with its hypertextual functioning, its interactive regime and its status as daily and ephemeral, in the form of a book, is somewhat problematic, thus deserving a contextualization”.