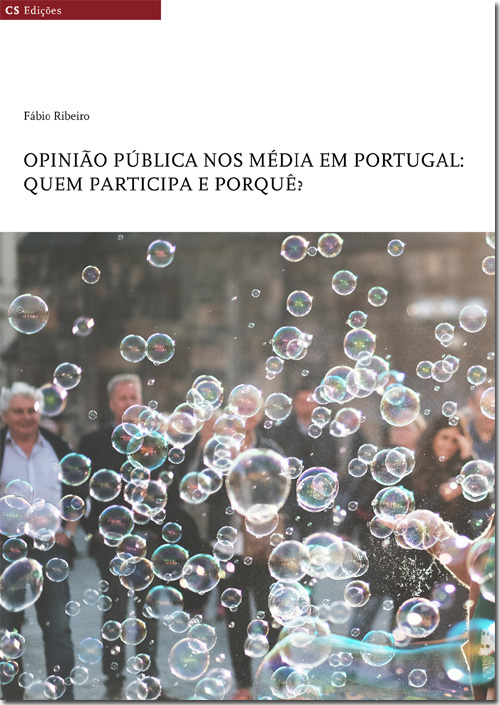 Probably, the public opinion has never been on the agenda as much as it is today. From the new environments of digital sociability, with a strong compulsion for websites and social networks, the possibility of inscribing a comment, contribution or a world view on a media stage, does not seem so far away as in other times, when journalists and citizens occupied static plans in the reception and diffusion of messages.
Considering the participation of the public as a permanent reality of the media activity, the book Opinião pública nos média em Portugal: quem participa e porquê? [Public opinion in the media in Portugal: who participates and why] seeks to identify the profile of citizens who participate in public opinion spaces of the media in Portugal, from the Fórum TSF [TSF Forum], TSF – Radio Notícias, Opinião Pública [Public Opinion], SIC Notícias, Cartas do Leitor [Letters from the reader] of the Jornal de Notícias and comment boxes of Público‘s online edition.
In an overly mediatized world, we participate and become part of it every day, inevitably. Therefore, this book makes its manifest the need to open the media discourse to other approaches and perspectives of those who are often away from traditional floodlights. “[Back cover]