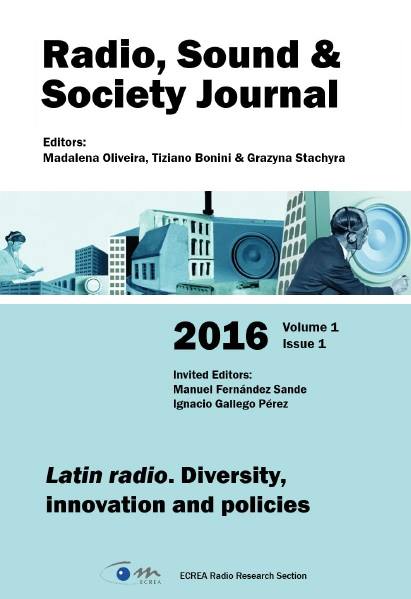 “After the boom of pirate radios in the 1980s, which generated a new impulse to radio production by expanding it to local contexts and by launching the concept of community media, a new wave of public discourse emerged announcing the death of radio. The apparently unsustainable dream of local broadcasting in scarce advertising markets condemned radio to a minor place in the fervent media studies field of the electronic age. Recognised as a fundamental medium in underdeveloped regions of the globe, where the access to digital media is still limited, radio is sometimes assumed to be a medium of the third world. Due to its technological simplicity and mobile character, radio in its traditional and Hertzian way continues to be the only medium able to cross the physical barriers of isolated places, the only medium able to connect remote communities to the global information environment. In a certain way, it was this generous nature that made radio a sector that could not be totally ignored in the media landscape and in the research/academic arena. But the level of scientific production was still disappointing, both in terms of thematic diversity and in terms of relevance and socio-cultural impact”.