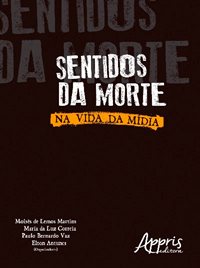 “It is death as a mediatic and cultural event that is the object of analysis of two research teams, one from the Federal University of Minas Gerais (Belo Horizonte, Brazil), another from the University of Minho (Braga, was held in the framework of the project FCT / Capes, approved with the designation “The flow and death: theoretical and methodological challenges about the media event.” It has been a task of this team to analyze narratives about death and its victims, which means to interrogate the ways death is put into discourse, the ways in which it is told, whether in the written and audiovisual press and in literature, or in photography, fashion, advertising, tourism, film and the Internet.
The best answer we can give to the question of why we put death into speech may come from the fact that it is part of our experience, worrying and frightening us. Putting it into a discourse is undoubtedly a way of controlling and regulating it, of exorcising and hiding it, and at the limit, of overcoming it. “[Moses of Lemos Martins, of the presentation note]